Polygamy among the Polish nobility 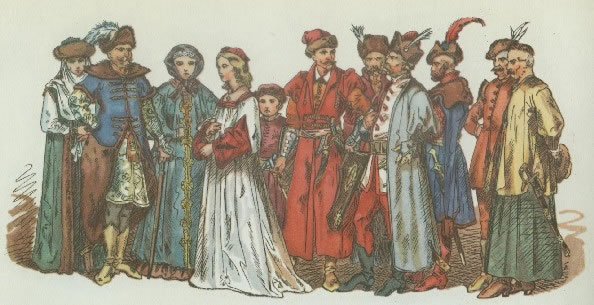 It is no secret that the Catholic noble family had a habit of calling their children several names. For example, two names Anna Maria or three names-Henry Witold Felix.

For information about why it was practiced not met. According to my own version habit to call children names derived from several more pronounced beliefs of Catholics than Orthodox patronage of saints, which is named in honor of the child. Perhaps such a simple way, parents would strengthen the protection of the child, because the name had to be every single patron.

In my practice, I often meet with the birth of two names, less three names. This causes some misunderstandings, as in the following documents, not particularly religious, and secular (audit tales, noble things, and court cases) people in favor of the same name and different materials using a particular name. For example, if we have information about Henri-F?lix-Witold Buzhkevych, in one document it can serve as Henry Buzhkevych, other as Witold Buzhkevych, and the third as Felix Buzhkevych. Often, of course, used the first name, but the conditions used second and third I did not understand.

And I’m most impressed one entry that is in the register of  Pogrebysche church by 1904. June 3, 1904 on Vatslavka farm was born four names boy Stanislaw Kostka Roman-Joseph-Marian Bnynskyy parents who were His Excellency two names Hylyariy-Alexander and Jadwiga six names -Carolina Sophia Maria Josefa Julia from Earls Tarnovsky  Earls Bnynskyh. His godparents were His Excellency two names Roman-Peter Graf Bnynskyy of two names Rosa-Maria from Earls Branickis Countess Tarnowska. 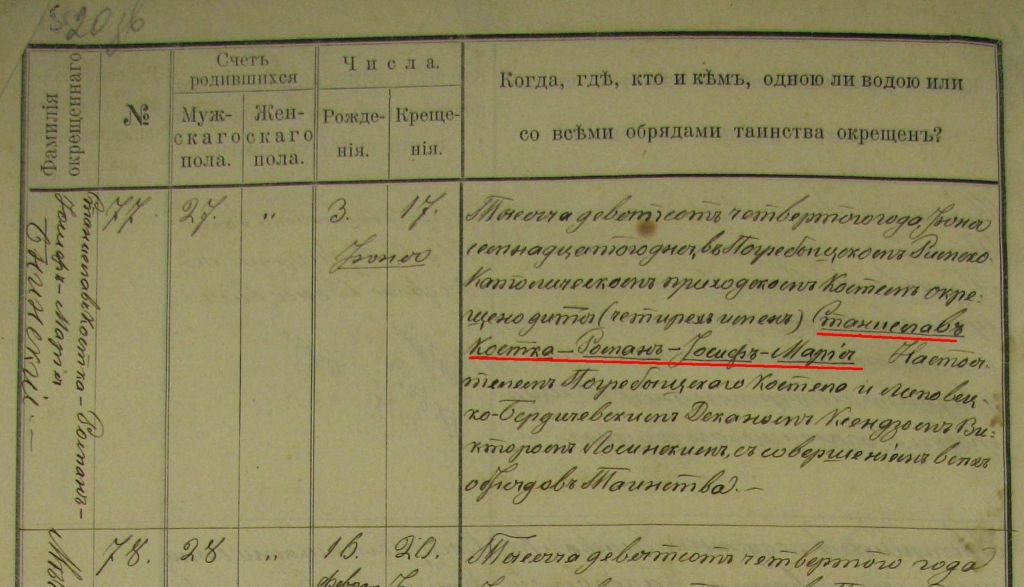 That such case occur.

I wish interesting findings in the study of your own ancestry.